Carlsen Nakamura. The most important match in the history of chess online!

Magnus Carlsen defeated Hikaru Nakamura in the final of this event by an overall score of 14,5-10,5.

Who missed the broadcast transmission, can replay HERE!

All the games played: 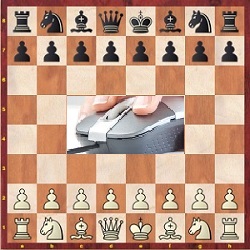 FULL PICTURE OF THE ELIMINATORY PHASE:

It is not hard to come to the conclusion of the title. World Chess Champion (OTB) Magnus Carlsen, meets a few days before the match in which he will try to defend his title (against Karjakin), a great specialist in the online chess: Hikaru Nakamura. From the point of view of the time control of the game and the fact that they are playing online, maybe in the final after the opinion of many, was supposed to reach Grischuk. Only lately Carlsen, besides more attention to blitz and rapid chess, gave more importance to the chess online too. Part of our popular game, which is played live but via internet access reached maximum levels actually!

The complete rules of the competition can be found HERE.

The match can be viewed directly: Chess.com/TV or Twitch.tv/Chess.

Win Cash Prizes During Carlsen vs Nakamura Thursday! All about: HERE.

Other interesting articles about:

Carlsen vs Nakamura: Who Science Says Will Win