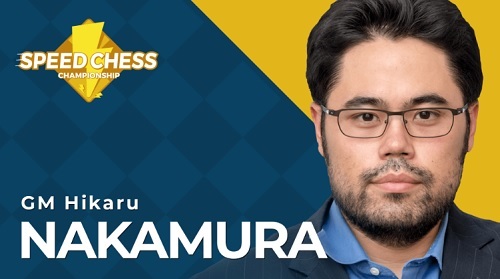 GM Hikaru Nakamura won the match against GM Wesley So with a score of 15.5-12.5. A match decided in the bullet portion, after the blitz scores were equal. Congratulations to the champion and his opponent for performance! Both players represent the United States. The previous champion was none other than GM Magnus Carlsen, who just a few days before successfully defended his world's most important title classic chess.

In this article you have the games played in the "Speed Chess Championship" final 2018 and the full video recording of the direct transmission. The organizer of this powerful tournament is Chess.com, and the total initial prize pool was $ 55,000.

*The games played in this final (pgn format): 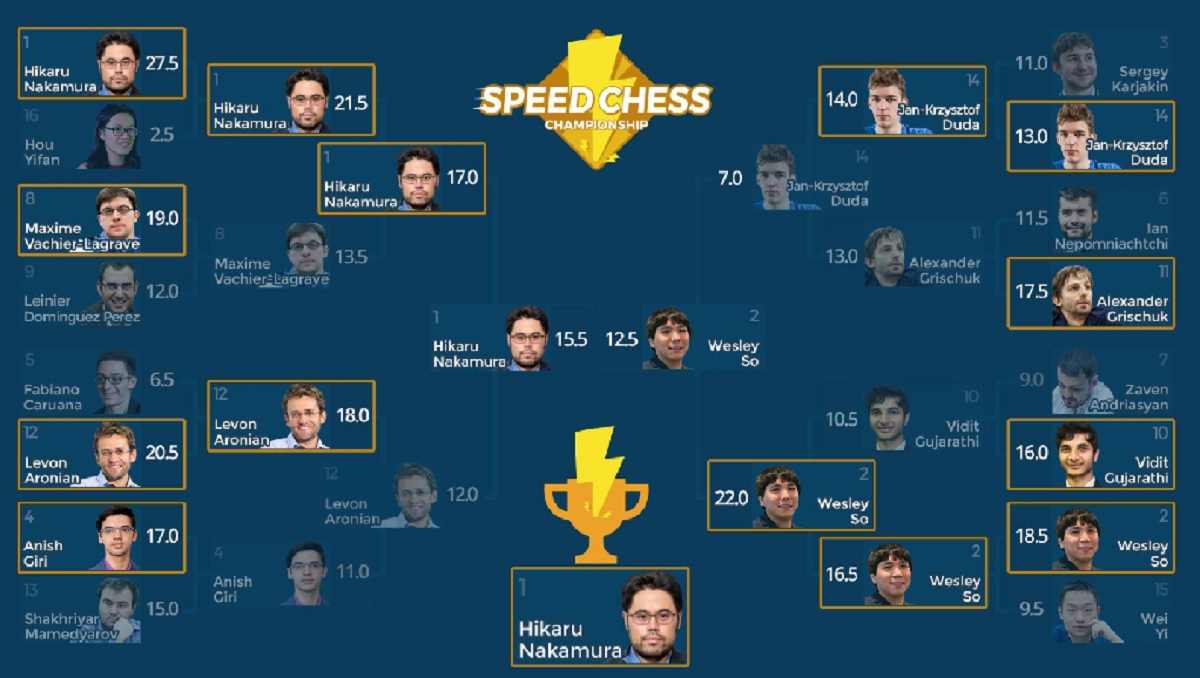 The official site on which you find all the information and details about the players and matches played this year, can be found HERE.